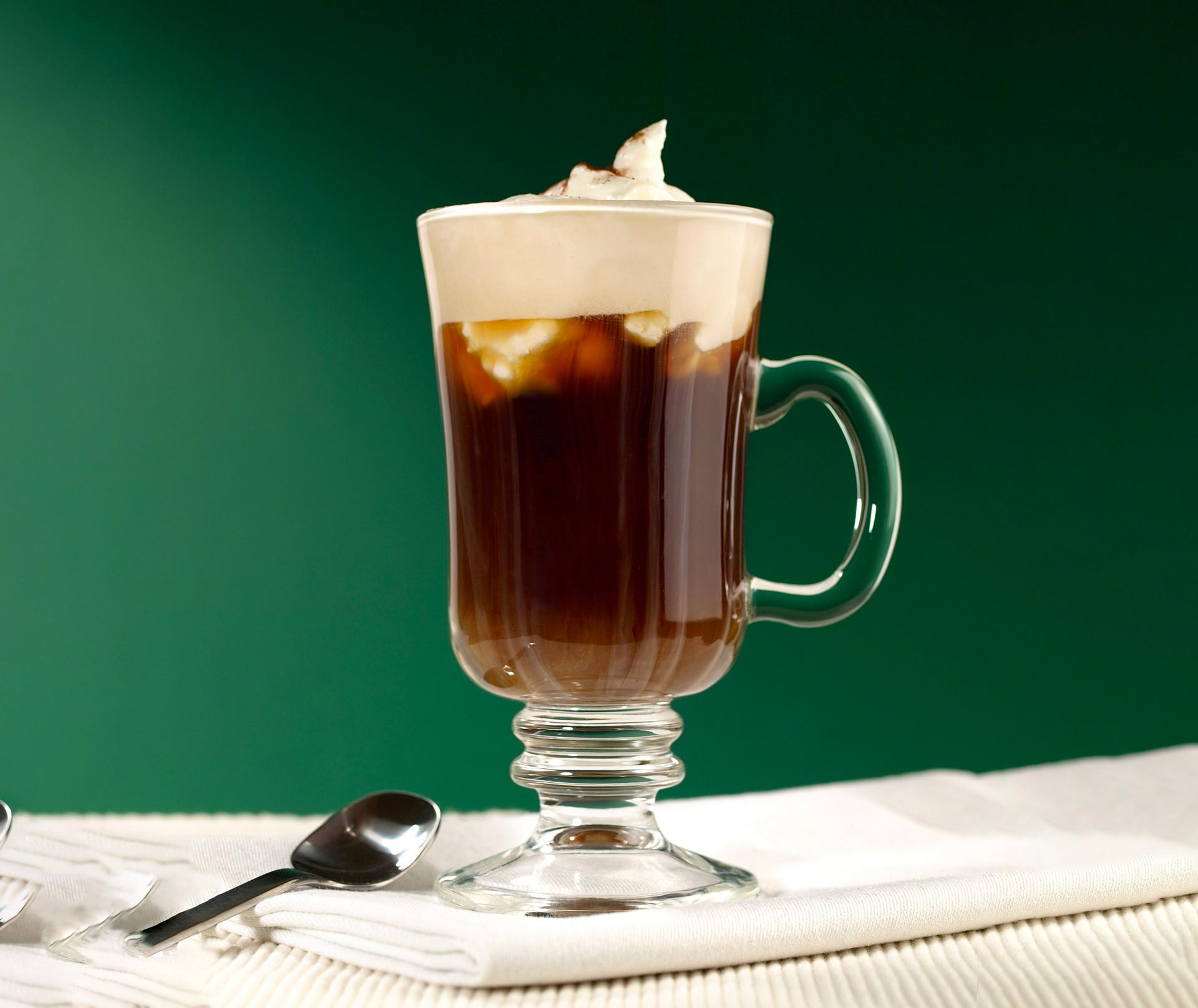 Irish coffee is loved and enjoyed by coffee drinkers all over the world. It’s not a particularly hard drink to make, so anyone should be able to rustle up a cup of Irish coffee at home with the minimum of fuss. It’s a popular after-dinner drink, and many people even have it as a last drink of the day, but there are no rules with Irish coffee.

The History of Irish coffee
Irish coffee was invented in 1942 at the Foynes airbase in County Limerick. During the 1940s, the airbase was the main refueling point for the flying boats traveling between Europe and the USA.

The flying boats were often used by politicians, famous movie stars, and other distinguished travelers. The airbase at Foynes could only offer its guests the most basic of facilities, so they sprung into action and, by 1942, the airbase was home to a very nice restaurant. The head chef was a man named John Sheridan and it was he who came up with the recipe for Irish coffee.

Sheridan wanted to provide the weary travelers with a fortifying drink. He began with a normal pot of strong, black coffee and then added some Irish whiskey and brown sugar. He poured the brew into cups and topped each of them with a generous serving of heavy whipping cream. Everyone loved it. One of the passengers sipped on his drink and asked, “Is this Brazilian coffee?” Shaking his head and smiling, Sheridan said, “No. That’s Irish coffee.” Over half a century later, his liqueur coffee is still enjoyed by adults all over the world.

The best way to serve Irish coffee is in a stemmed glass with a handle.

How to Make Irish coffee in 7 Simple Steps

Tip: the correct way to add cream to Irish coffee is to pour it slowly over the back of a spoon. This helps ensure the cream sits on top of the drink instead of getting mixed in. When done correctly, the layer of cream sitting on top of an Irish coffee should resemble the head on a pint of Guinness.